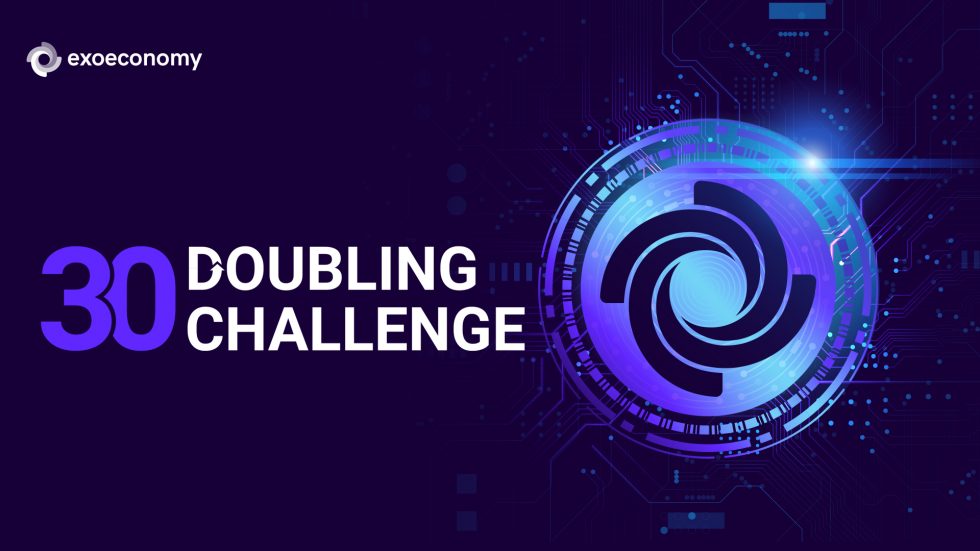 “The third birthday of the EXOS token was the kickoff to a special challenge where members can qualify for up to 10,737 EXOS tokens each.”

The ExO Economy launched a 30 exponential doubling challenge – and donates a one million token purse to the cause. Users engage in events, use cases, games and ideation with their peers, tracking their gains on the leaderboard. Users will experience first hand that we have arrived at the inflection point, the knee of the exponential curve.

Data tells us what linear history has revealed, but we have to embrace the exponential truth, that civilization as we know it is moving faster than any futurist, sci-fi author or scholar can imagine. Take a look at the rage of decentralized finance as an example.

The ExO Economy birthed a unique community-driven utility token, EXOS, as the heartbeat, the nervous system, the mind of the new economy. Transforming people, organizations, developers, even cities, transitioning industries to make the world a better place. We tokenized a successful ecosystem where utility meets liquidity. As part of the OpenExO Community, we combine technology with human capital under the leadership of Silicon valley vanguard Salim Ismail, https://salimismail.com/#/ and collaborators, and are now a full-fledged community of some 8,000 members from all the many diverse corners of the world.