Is Blockchain The Unsung Hero in the Music Industry?

Regardless of how you experience it – as a consumer or a creator – the music industry is constantly changing. As a consumer, you may have noticed that modern music is very different from what it was half a century ago. The styles of music have changed, new genres have emerged, some old ones have (almost) died out, and the media for discovering and consuming music have been completely redesigned. For creators, the way they make music has undergone a massive change – the digital revolution has spawned new instruments, processing devices, and channels to reach fans. Technology has lowered the barrier to entry for those looking to explore a career in music and has resulted in a broader global talent pool of not only musicians but also associated professionals such as recording engineers, composers, lyricists, etc. Despite all of these changes, a few key aspects of the music business, mostly affecting the commercial side of the industry, may still be awaiting change. The introduction of blockchain in the music industry can solve some of these longstanding problems and become a mainstay in the global music industry.

HOW BLOCKCHAIN ​​HELPS THE MUSIC INDUSTRY

While the uses of blockchain in the finance, healthcare, and legal industries are numerous and at the proof-of-concept stage, the technology can spread to many other areas, including the arts and music. And since technology is virtually an integral part of the future of banking, finance and the legal industry, blockchain can extend its functionality to the commercial aspects of the music industry, such as: B. restructuring the process of paying artists and creators while protecting intellectual property. 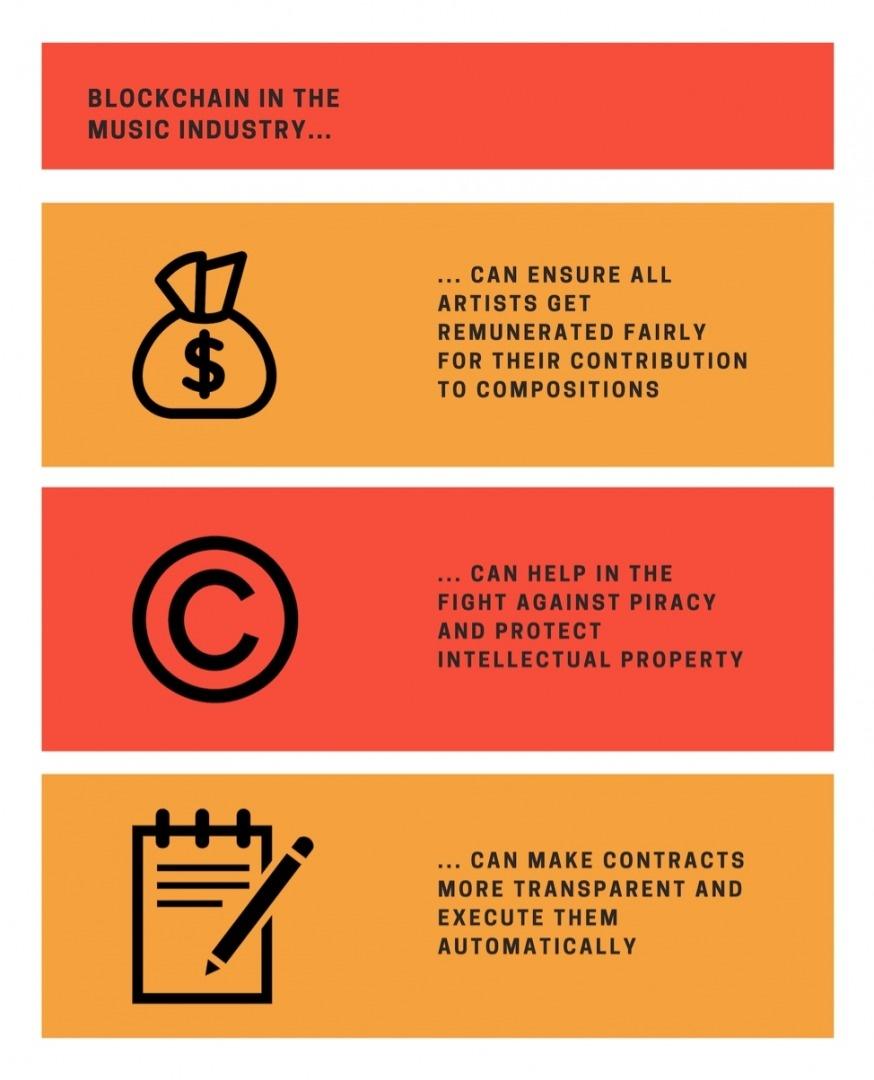 Being part of the modern music industry is both a commercial and an artistic endeavor. Professional musicians depend on their work and the compensation they receive for their work to make a living. There are several ways musicians can get paid for their art – disc and digital sales, streaming platforms, and live shows are just a few. The problem with these distribution models, however, is that they often tend to disproportionately offset actual contributions to musical compositions, preferring the middlemen such as distributors and retailers rather than the artists themselves. While these middlemen have traditionally been necessary to bring musicians and other industry professionals together, promote music across borders, and get artists in general noticed, they have come through their course of relevance. With the advent of the internet, it has become increasingly easier for art to advertise and get attention. The need for middlemen is decreasing, but it is still considerable. In addition, middlemen like this take away a large portion of the revenue generated by selling artist-made content. This means that those primarily responsible for compositions have only a tiny fraction of the total income. Musicians are reported to make only 12% of total sales in the music industry, which is now $ 43 billion a year. Unless the artist in question is a globally established name that can attract millions of listeners for each title, they may find it difficult to make ends meet when they are paid such a small percentage. So many artists do not make it from the “struggling” phase to “fame” where only a select few manage to achieve.

For artists to receive fair remuneration, the majority of the intermediaries currently involved in the distribution of music would have to be eliminated. And when we talk about eliminating the middlemen on every transaction, it turns out that the natural solution – since it first emerged on the tech scene – has been (at least in theory) a blockchain. Blockchain can form the transaction channel between music makers and fans who want to support them, eliminating or at least minimizing the need for intermediaries. Several blockchain-based platforms are emerging that promise musicians and supporters a direct connection and allow fans to pay the artists directly for their music, usually in the form of cryptocurrency. These platforms can provide a large portion of the revenue to artists while making a profit at the same time as there are no funds to distribute music.

Blockchain can also be used to secure intellectual property rights of musicians for the work they create. Blockchain can be used to create a unified global database of musical compositions in which every track created can be registered by the network using AI algorithms and checked for originality. This data will be immutable and publicly available so there is no doubt of its primacy and originality. This removes the hassle for original content creators when it comes to asserting legal rights to their content.

Making music is often a joint effort and requires that all participants share the remuneration. By using smart contracts to store agreed terms and sharing the revenue among the contributors, the commercialization of music can become more transparent than before. The sale of tracks across all digital and physical media can be recorded on a blockchain which ensures that all contributors can be appropriately rewarded based on sales.

CHALLENGES TO ADOPTING BLOCKCHAIN ​​IN THE MUSIC INDUSTRY 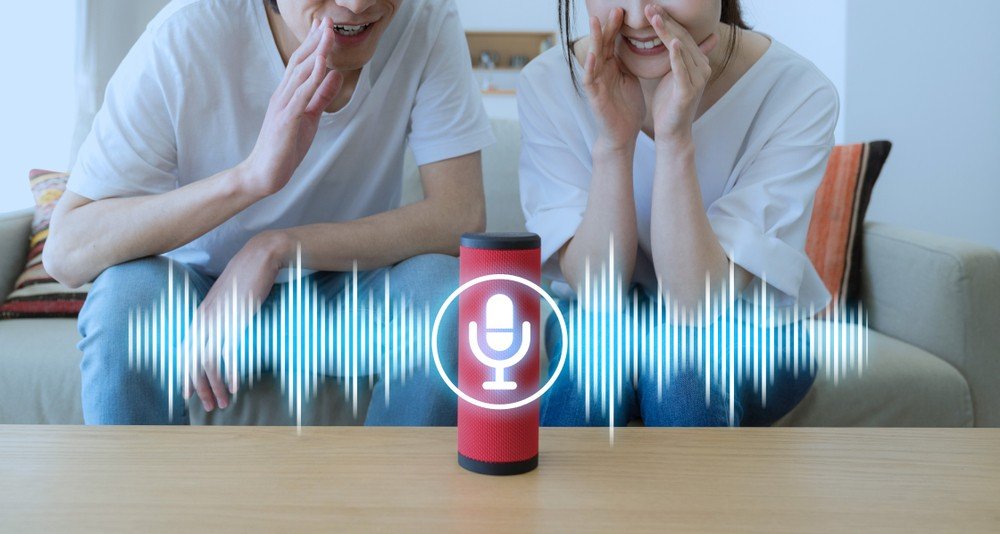 The inherent problems and challenges with blockchain adoption that have kept the technology away from other non-cryptocurrency applications are hampering its implementation in the music industry as well. Thousands of songs are created and published every day, making the technical requirements of storing the database of each published song almost impractical. This is because blockchain, as it is now, is very resource intensive to operate. Using blockchain to track the worldwide diffusion of music will not be possible for the platform owners as the expenses will greatly outweigh the revenues. In addition, there is no established authority for regulating blockchain operations in any industry, let alone music. This shows that all the benefits of blockchain in the music industry are years away.

Blockchain technology is quite immature and is only just beginning to move from theoretical statements to real applications. It takes multiple iterations of real-world projects to identify, overcome, and prepare for general takeover all of the blockchain’s limitations. At the moment, however, there are still legitimate reasons for skepticism towards blockchain. While caution should be exercised given the potential benefits of blockchain in the music industry and everywhere else, we can safely say that blockchain can prove to be a hero in the music and arts industries.

Stack Overflow: Developers are fans of blockchain but most haven’t used it much at work

Organizations from tech companies to central banks are studying how blockchain technology can solve some tough problems. But what do...
Read more

Is Wirex Safe, Legit And Available In US? 6 Questions About The Cryptocurrency Payment Platform Answered

Cryptocurrency has become very popular and is now more widely accepted as an alternative payment method by many merchants and consumers. It has...

For the fourth time this year, the federal auction site General Services Administration Auctions is auctioning another lot of Bitcoin and, for...

Which Altcoins Will Perform The Best In 2021?

Throughout 2021 to date, altcoins have far outperformed Bitcoin, even if the first cryptocurrency added tens of thousands per coin to its price over...
The Daily Crypto

All Rights Reserved By Thedailycryptocurrencynews.com